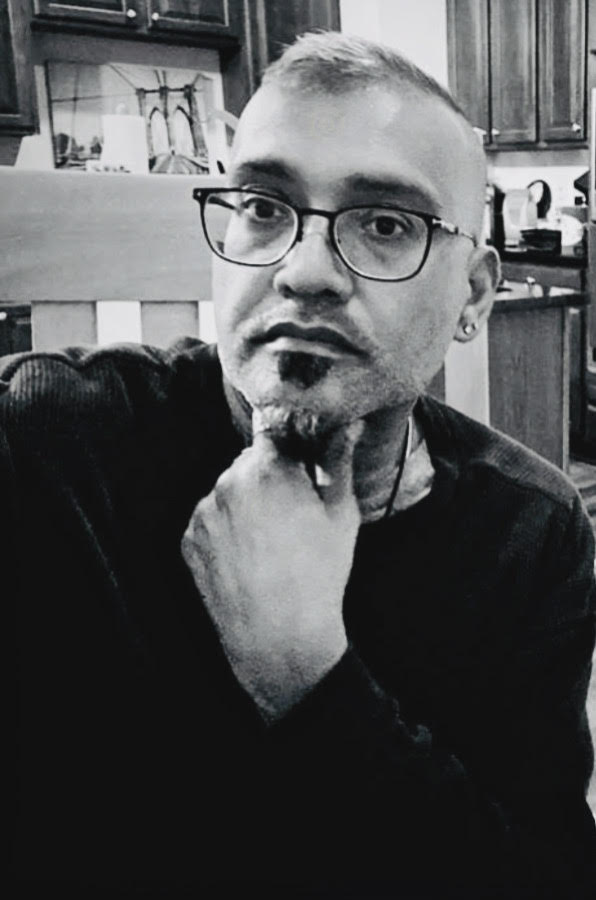 After earning a graduate degree from the Annenberg School at the University of Southern California in Los Angeles, Eeshan spent almost two decades working with HR and management consulting firms in New York and Washington, D.C. -- before becoming a federal manager. He then spent a decade in federal service as a division director and supervisory program manager before leaving federal service in 2020 to become an author and consultant. In 2019, his last full year of federal service, Eeshan received the Comptroller's Award, one of the highest honors given by the U.S. banking regulator, (the U.S. Office of the Comptroller of the Currency, within the U.S. Department of Treasury).

His public sector career includes work on federal financial systems, grants management, custom software development, healthcare and anti-money laundering/financial regulatory enforcement.
​He left federal service in 2020 and is working on a book about the Civil Rights Act of 1964 and the federal government.
​​SOCIAL JUSTICE EXPERIENCE

As a young man, Eeshan traveled extensively, following his family around the world while his father did international work for the World Bank and the United Nations. By the age of 25 he had already visited over 30 countries, including visits to North Korea.

In particular, moving back and forth between attending high school at the Landon School in the suburbs of Washington, D.C. and spending summers in an active civil war in Sri Lanka every year gave him a unique perspective on the value of peace in times of civil strife.

A month after his 16th birthday, while visiting Sri Lanka for summer holidays, Eeshan was caught up in one of the worst episodes of ethnic violence in the country’s history. In a 1983 event now notoriously called Black July, thousands of ethnic Tamils were slaughtered by mobs in retaliation for attacks by separatist rebels. Eeshan and his cousin were caught in the city and made a harrowing escape over several hours to get back home.

The experience gave Eeshan a deep-seated desire to help build peaceful communities. As a result, after becoming an American citizen just ten days after the 9/11 attacks on America, Eeshan began nearly two decades of meaningful community engagement and civic work in the Washington, D.C. area.

He has invested his personal time doing things like working with county officials and a local mediation group to create a program to keep kids out of shelters by offering them free mediation to solve their issues with family.

He was appointed by the county executive and served as a commissioner and eventually, Vice Chairman of the Montgomery County, Maryland, Human Rights Commission.

Then, looking for a more "hands on" role, he become one of the founding batch of certified Diversity facilitators for the Montgomery County, Maryland local public school system. He helped author the training materials and trained multiple years of new facilitators. He also served as both assistant and lead facilitator on multiple engagements with assigned schools, facilitating community meetings to address challenges around race and diversity.
PERSONAL LIFE

Eeshan has a lifelong passion for science, ancient history and myth, comic books, religion, culture, cosmology and metaphysics. He is also an avid motorcyclist and videographer.

He holds a Bachelor’s degree in Journalism from Carleton University in Ottawa Canada where he won an award for a documentary on political cartoonists. He also holds a Master’s degree in Communications Management from the Annenberg School for Communication and Journalism where he studied under Dr. Everett Rogers, one of the pioneers of innovation theory and the idea of things going "viral".

Eeshan is the father of two amazing children, an active guitar songwriter and cartoonist. He is also the founder and President of the Single Dads Foundation which he created in 2016 to provide training and support with parenting and co-parenting for single Dads.

​He has homes in the Washington, D.C. area and in Colombo, Sri Lanka.

Please use the CONTACT button below to send me an e-mail. I look forward to hearing from you!
Contact